First proposed by artist Lenore Laverty, the idea was quickly picked up by a committee of artists. In the first year, 15 artists participated.

The tour is coordinated by a regional committee of artists and art enthusiasts.

Winkler’s Sylke van Niekerk was one of the artists on the tour, and was showing her watercolour and acrylic works for the first time after being encouraged by others to show her work.

“I painted a lot this year and thought, maybe I should (participate),” she said.

“It’s interesting to see the people all like different paintings,” she said. “It’s nice when they ask questions.”

While van Niekerk works mostly with watercolour and acrylics, she also works in other mediums such as sketching, clay, and murals.

Whatever the materials or technique, she has one purpose in mind. “I would like to use my art to uplift people,” she said. “I want to give them a light feeling… happiness.”

“Today I went outside and there was a monarch butterfly… I took a picture and I’m going to paint it one day,” she added.

Jake Bergman shared his work in Winkler as well.

He’s taken part in the tour since 2011, and said it’s a good opportunity to share his work in acrylics.

“Yesterday we had 75 people through here,” he said on the second day of the tour. “It’s been great.”

Visitors come from far and wide including some from as far away as Victoria and Kelowna. While it’s an opportunity to sell his work, it means much more than that to Bergman.

“When you’re doing something you need some sort of affirmation in the work that you do,” he said. “So when people come and they see the artwork, and are happy with what they see… that’s affirmation.”

Bergman has been producing art for about 15 years and said he’s inspired by what’s around him.

“I grew up on a farm, so I’m a prairie kind of guy,” he said. “This year in particular I’ve focussed on the whole theme of the prairies, so I focussed on big sky, and we got rolling hills, and bales and broken down fences and old buildings… and where would you see a sunset better than in Manitoba?”

Bergman said visitors often comment on how bright and vivid the colours in his paintings are. “A lot of artists stay more with the muted colours but I like to stay with the bright colours,” he said.

Bergman said he appreciates the tour.

“Exposure is everything and this is probably the only time I get any kind of broad exposure,” he said. “We really appreciate the support we’re getting from the community. It’s been great.”

George Fieber shared his work with stained glass in Morden. He’s been part of the tour for the last two consecutive years, and was also involved about 15 years ago.

He said he enjoys meeting people and sharing his passion. “People seem to like what I do,” he said.

What started as a hobby about 30 years ago, has turned into much more. “It’s still a hobby really… a hobby that got out of hand I guess,” he said with laugh.

Fieber said people are often amazed at the variety of pieces he has, though most aren’t aware of what it takes to create.

“A lot of people may not realize how much work goes into making a piece,” he said. “It can take weeks to do a project.”

“This is my first year and I’m loving it,” he said about the tour. “I’m already thinking about next year.”

Dueck said he’s always had a bit of a creative eye and has done woodworking since he was 15-years-old. But the last five years have really seen his passion come alive. “I see something and I see the potential of a piece of wood or anything pretty well that people throw away,” he said. “I’m a strong believer in second chances.”

That philosophy affects his art and his life. Dueck said he likes to believe that people can have second chances.

“I like to give people second chances,” he said. “Working with wood illustrates that very well.”

Through his art he also has a message. “If I could encourage anybody through all of this, it would be to think of repurposing,” he said. 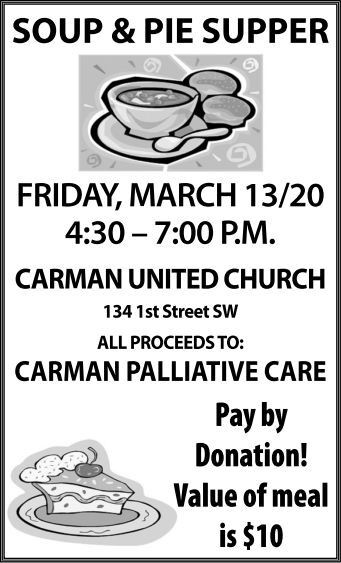 A place for remembering loved ones.
A space for sharing memories. View more notices >
See More